It is called Cybertruck. And it is looks like it is from Sci Fi movie.

You can't buy the this car now, but you can preorder.

The starting price for the car is $39,900 but when you preorder you don't have to pay the full sum of money. You only need to pay $100. And it is fully refundable. So you can cancel your preorder without losing any money.

In the following several days Elon Musk has announced in his Twitter the number of preorders.

For the moment there are 4 tweets with the numbers:

It is quite easy to find the exact time of the tweets. It is written in the page source code. 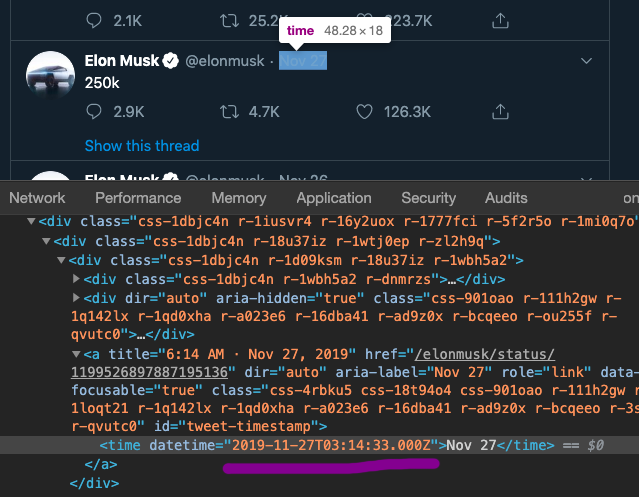 A bit of work and you have all the exact time of the tweets.

I don't know the exact time when the preorder has started, I've used the time of the first tweet with Cybertruck photo that Elon Musk has retweeted.

With this data it is trivial to draw a graph. 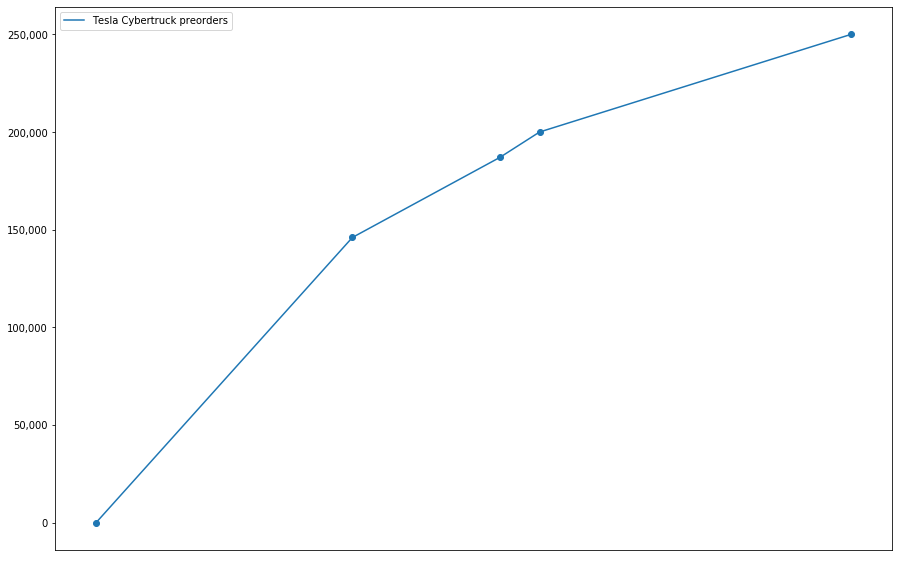 This graph looks awesome, the line is climbing up very fast, but let compare it with some other data.

This is just the data for US only (Cybertruck can be preordered not only from US), and this is a number for year 2017 but for the rough comparison it is ok. Let make a very naive assumption that the sales of F-Series is evenly distributed. 896764/(365*24) = 102.37. It means that every hour about 100 F-Series tracks are sold. When we put it no graph: 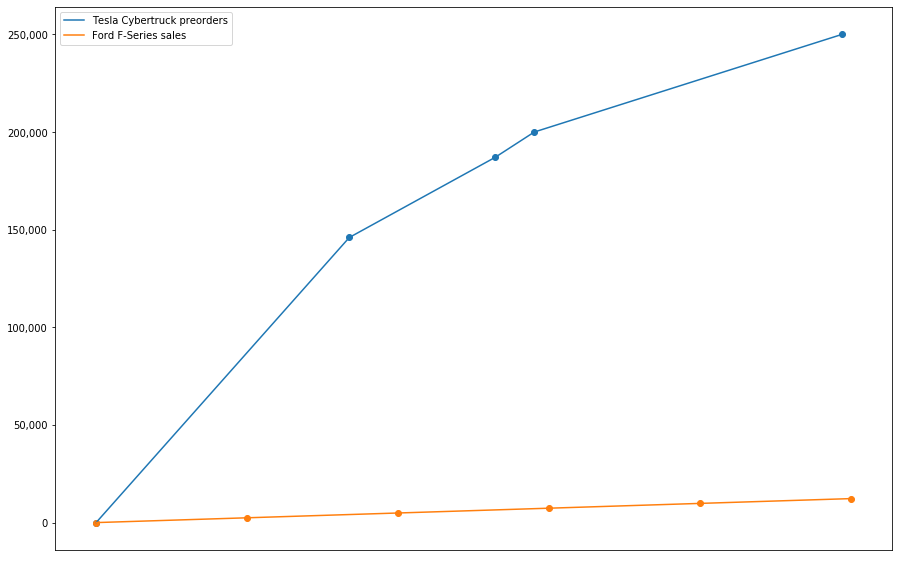 Wow! Comparing with F-Series sales the Tesla Cybertruck preorders looks fantastic. Congratulations to Elon and the whole team behind this awesome numbers. This is even more impressive because there were no advertising & no paid endorsement.

But this is only preorders. The sales are expected to start only in a couple of years. Only then it will be clear how well Tesla Cybertruck is selling.

Here is a Jupter Notebook with the code that was used to create that graphs.